- December 05, 2014
New Delhi, Dec 4 (IANS): In a bid to make life easy and secured for elderly people across India, the central government Thursday said it would sustain 500 programmes that were being implemented in the country for them.
Social Justice and Empowerment Minister Thaawar Chand Gehlot said the central government is "committed to doing everything we can to address the issue of the elderly".
"The ministry will not only sustain the 500 programmes that are being implemented across the country for the elderly, but will ensure pension for the elderly," the union minister said.
Addressing a conference here on "Ageing India's elderly: Dignity, Health and Security," organised by United Nations Population Fund (UNFPA), he said the central government was committed to overall welfare of the elderly in the country.
He appreciated the efforts of various organisations involved in uplifting and helping the elderly in the country.
"We will also strengthen convergence with all key social sector ministries - health and family welfare, rural development and panchayati raj, and the Census Commission to name a few - to ensure a coordinated response on multiple challenges we are facing," he said.
Gehlot assured people that the social justice and empowerment ministry will take on board all the recommendations and suggestions made at the conference.
The key areas identified at the conference for more focused deliberation were social security, health and special initiatives mounted by state governments to reduce the vulnerability of the elderly.
The UNFPA along with Population Research Centre, Institute for Social and Economic Change, Bengaluru, the Institute of Economic Growth, Delhi and Tata Institute of Social Sciences - Mumbai did a study on the issue in seven states.
Frederika Meijer, UNFPA India representative, said what the Building a Knowledge Base on Population Ageing in India (BKPAI) initiative has done is to develop the much needed data base at the macro level focusing on the elderly in India.
"UNFPA research finds that India is witnessing a rapid rise in the proportion of elderly in the population, especially of older women. The feminisation of ageing requires critical attention as many elderly women face greater vulnerabilities and isolation at older ages," she said.
"Efforts to ensure that the elderly can exercise their rights to health, to security and to dignity must especially factor in measures to improve the lives of elderly women," she added.
Speakers at the conference underlined that a significant proportion of the elderly was aware of social security schemes such as the Indira Gandhi National Old Age Pension Scheme (IGNOAPS), the Indira Gandhi National Widow Pension Scheme (IGNWPS) and the Annapurna Scheme but utilisation of the schemes was low among the target group.


They said because of this only 18 percent of the elderly belonging to poor households were beneficiaries of IGNOAPS, while only 3.5 percent utilise the Annapurna Scheme and a quarter of elderly widowed women utilise the IGNWPS. 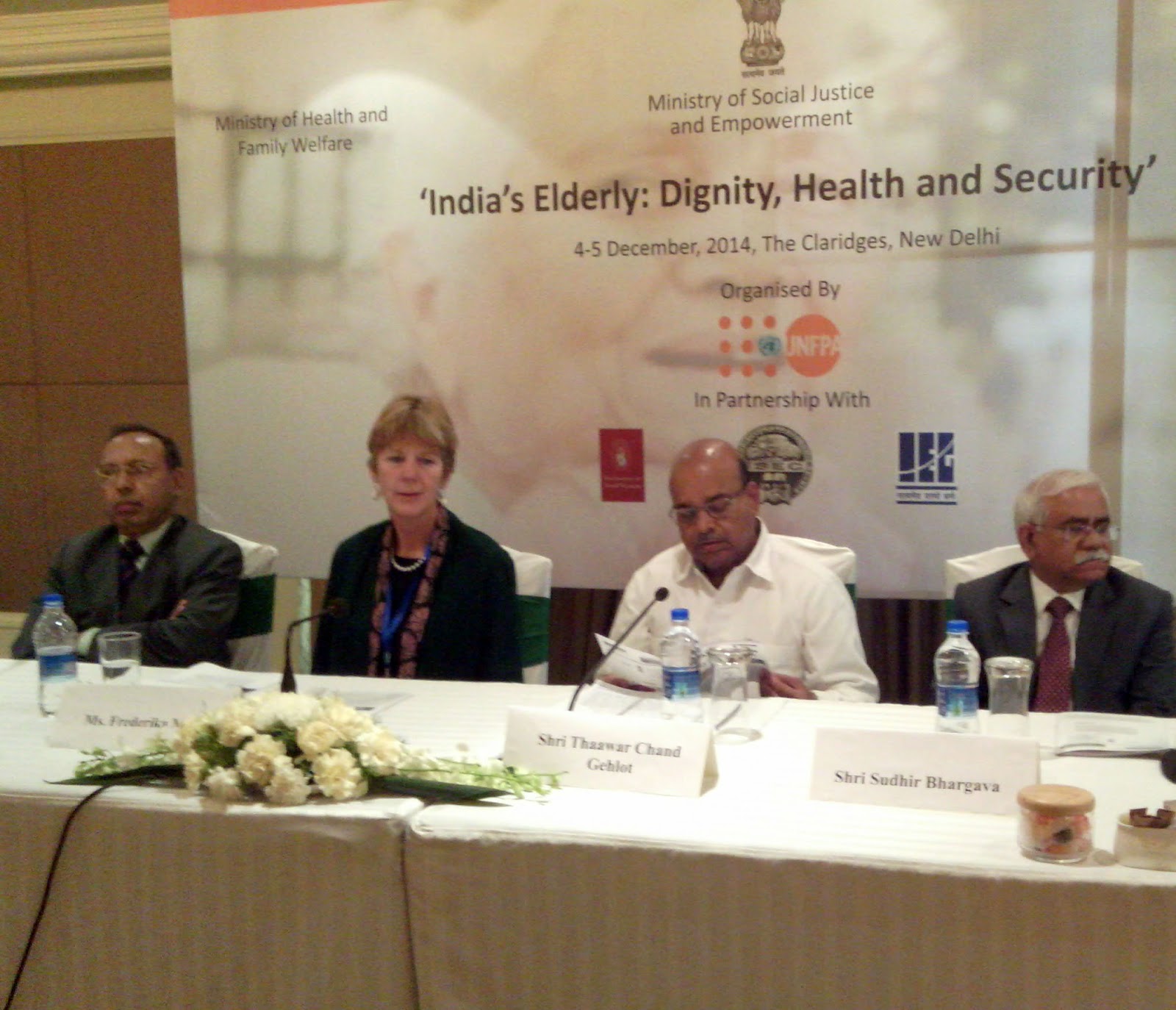