Showing posts from August, 2015
Show all

IN THE SUPREME COURT OF INDIA
CIVIL APPELLATE JURISDICTION

Upon perusing the paper book, it has come to our notice that there is a delay of 136 days in filing this review petition and we do not find any justifiable reasons to condone the delay.

Even on merits, we have perused the Review Petition and the connected papers with meticulous care, we do not find any justifiable reason to entertain this review petition.

The review petition is, accordingly, dismissed on the ground of delay as well as on merits. 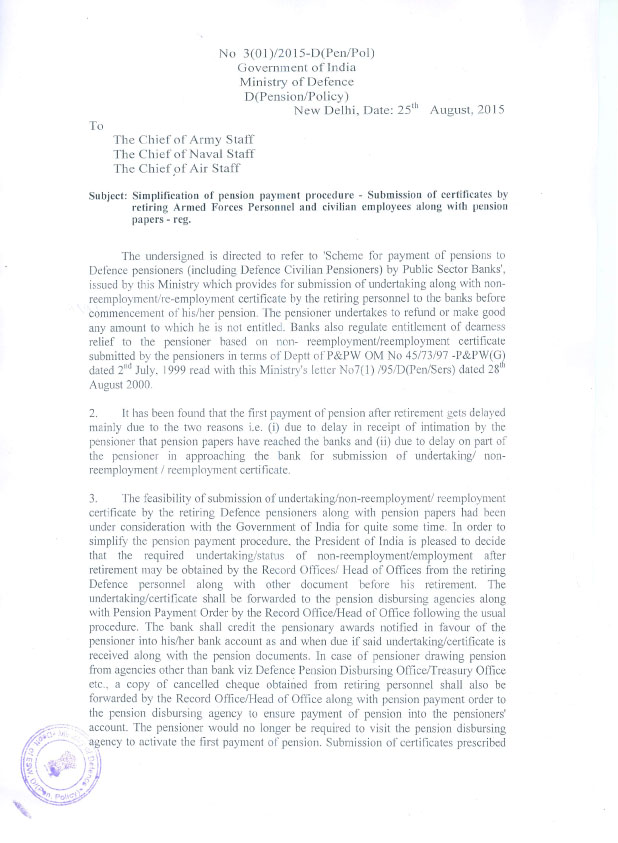 The Chief of Naval Staff

Pension Revision in respect of Pre-2006 Pensioner: Nodal Officers nominated by CPAO for attending any query related to the implementation of DoPPW OM dated 30.07.2015

Entitled members of family and dependent relatives on Privilege Pass issued to widows appointed on compassionate grounds: Railway Board Order

Grant of Fixed Medical Allowance (FMA) to the Armed Forces Pensioners/ Family Pensioners in such cases where date of retirement is prior to 01.04.2003

In view of its volume of work and intensive stake-holders' consultations, the 7th Central Pay Commission had made a request to the Government for a four month extension up to 31.12.2015.

SCOVA reconstituted old stalwarts out.However, several of BPS affiliates find place as standing members as well as in rotational members.A welcome chage! Every identified Association should get experience of SCOVA 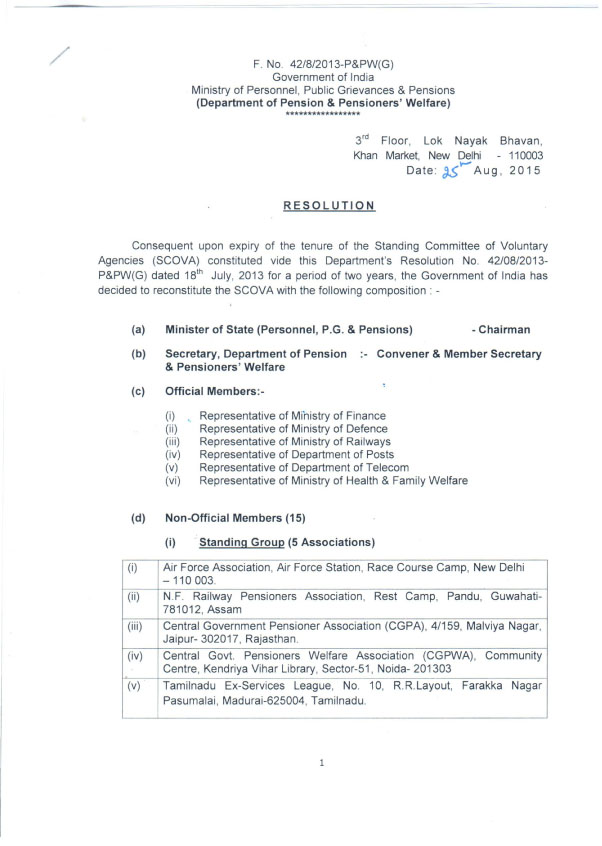 - August 24, 2015
Government of India Ministry of Railways Railway Board No. 2015/AC-II/21/10
New Delhi Dated:17.08.2015 General Secretary,NFIR,3, Chelmsford Road,New Delhi-110055Dear Sir,
Sub:- Commencement of Pension in favour of retired Railway employees.Ref:- Your letter no. II/35/Pt.11 dated 29.7.2015.
The undersigned is directed to refer to your letter ibid and state that Board has taken various steps to streamline the pension payment system to ensure that payment of pension is commenced from the month following the month of retirement and the grievances, if any, are redressed promptly, as indicated below:
i. Single Window System has been implemented with banks to do away with delays in commencement of pension payments inherent in the earlier system. In brief, the scheme envisages that Railways will hand over the PPOs issued during a month to the nominated nodal branch of the respective banks (located at the HQ of PPO issuing Railways) by 5th of the following month. The nodal branch is responsible …
Post a Comment
Read more 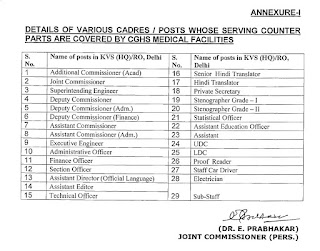 Consequent upon KVS proposal of even No dated 01.05.2015 routed through Ministry of HRD, the Director, Ministry of Health and Family Welfare CGHS (P) Section, Government of India,Nirman Bhawan, New Delhi vide office memorandum No.S 11016/8/2015-CGHS (P) dated 29.05.2015 has conveyed the decision of the Ministry regarding extension of CGHS facilities to the retired employees of Kendriya Vidyalaya Sangathan (KVS) with the following guidelines:-
a. CGHS facilities shall be extended to the retired employees of KVS only in Delhi/NCR. They will be entitled to OPD facilities and medicines from CGHS dispensaries in Delhi/NCR only on the same lines as is being done in case of serving employees of KVS.
b. They may avail treatment from C…
Post a Comment
Read more 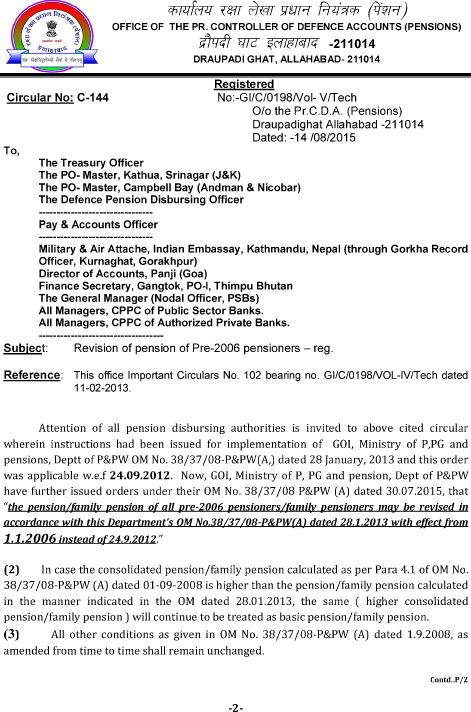 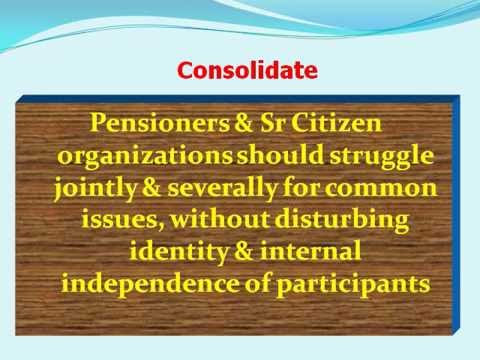 - August 18, 2015
भारत सरकार Government of India रेल मंत्रालय Ministry of Railways (रेलवे बोर्ड Railway Board)  No.E(W)2015/PS 5-1/6
Date: 12-8-2015 The General Manager (P)Diesel Locomotive WorksVaranasi.
Sub:- Inclusion of married mentally disabled son of serving/retired railway employee in Privilege/Post Retirement Complimentary Pass (PRCP) - clarification thereof.Rei:- DLW's letter NoDLW/P/Payment/Railway Board/ Correspondence dated 2406:2015.
With reference to above cited letter, it is clarified that in the extant Pass Rules there is no bar in including married invalid child covered under para 1 of General Rules relating to Privilege Passes/PTOs, stipulated below Schedule-II of Railway Servants (Pass) Rules, 1986 (Second Edition-1993) of retired railway servants as long as they are fully dependent on the railway servant. It is, however, clarified that this facility is not available for spouse of invalid dependent child. The same would also be equally applicable to such invalid family member/dependen…
Post a Comment
Read more