- March 01, 2016
The expectation of future Dearness Allowance for Central Government Employees and Dearness Relief for Pensioners from the month of July, 2016 is on air after the releasing of January, 2016 All Indian Consumer Price (Industrial Workers) Index Number (AICPIN) by the Labour Bureau.  The All-India CPI-IW for January, 2016 remained stationary at 269 (two hundred and sixty nine).

It is the starting phase of the calculation of expected DA/DR from the month of July, 2016.


It also mentioned that the in DA/DR from Jan, 2016, which is calculated to be 125% with 6% increase is yet to be announced by the Govt. and on other hand it is already included in Fitment Formula of new pay matrix introduced by Seventh Pay Commission to be implemented from 1st Jan, 2016. 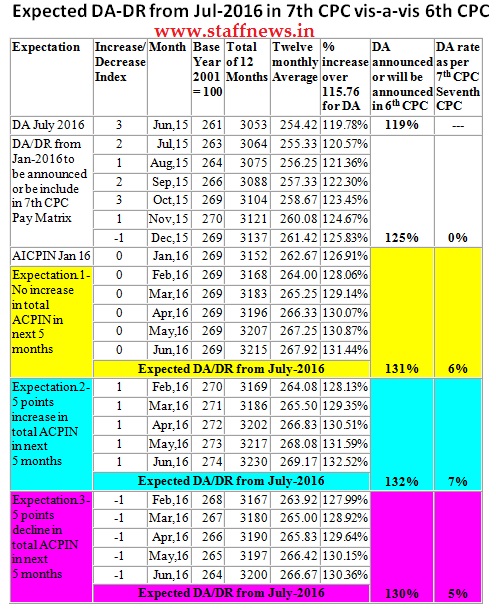 It is also interesting to know about the comparison of increase in DA/DR and increase in AICPIN. It is clear from following chart/table:- 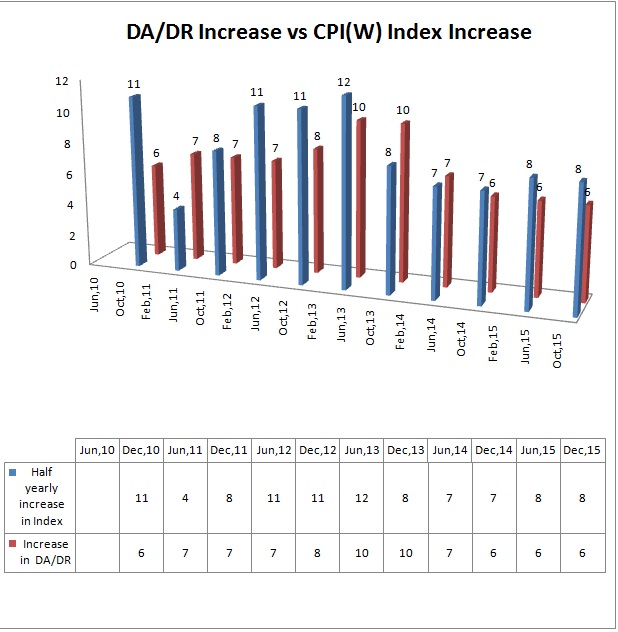 You may also download/save the excel sheet for self calculation.  The link for excel sheet is given below:DOWNLOAD: EXCEL FILE FOR EXPECTED DEARNESS CALCULATION TO CALCULATE YOURSELF [click on File-Menu & download]Press Release of AICPIN for Jan 2016 – remained stationary at 269: