Subject:- Opening of joint Account by pensioner with first name of pensioner.

Attention is invited to Correction Slip No.1 dated – 08.02.2006 of Scheme for Payment of Pensions to Central Government Civil Pensioners by Authorized Ranks on crediting of pension in the Joint Account of Pensioners with spouse (copy enclosed).
It has been reported that in some cases Banks are allowing the pensioners to open their pension account as Joint Account with first name of his/her spouse which may create difficulties for pensioner at the time of filing the Income Tax Returns as the income tax is assessed on the income of the pensioner and not of the spouse.
Heads of CPPCs/Government Account Divisions of all the banks are advised to instruct their bank branches to facilitate the retiring employees approaching them for opening their pension accounts before their retirement. In case of Joint. Account, the same may be opened with first name of pensioner only.
This issues with the approval of Competent Authority.
Encl:-As above
(Vijay Siingh)
Sr. Accounts Officer (IT & Tech) 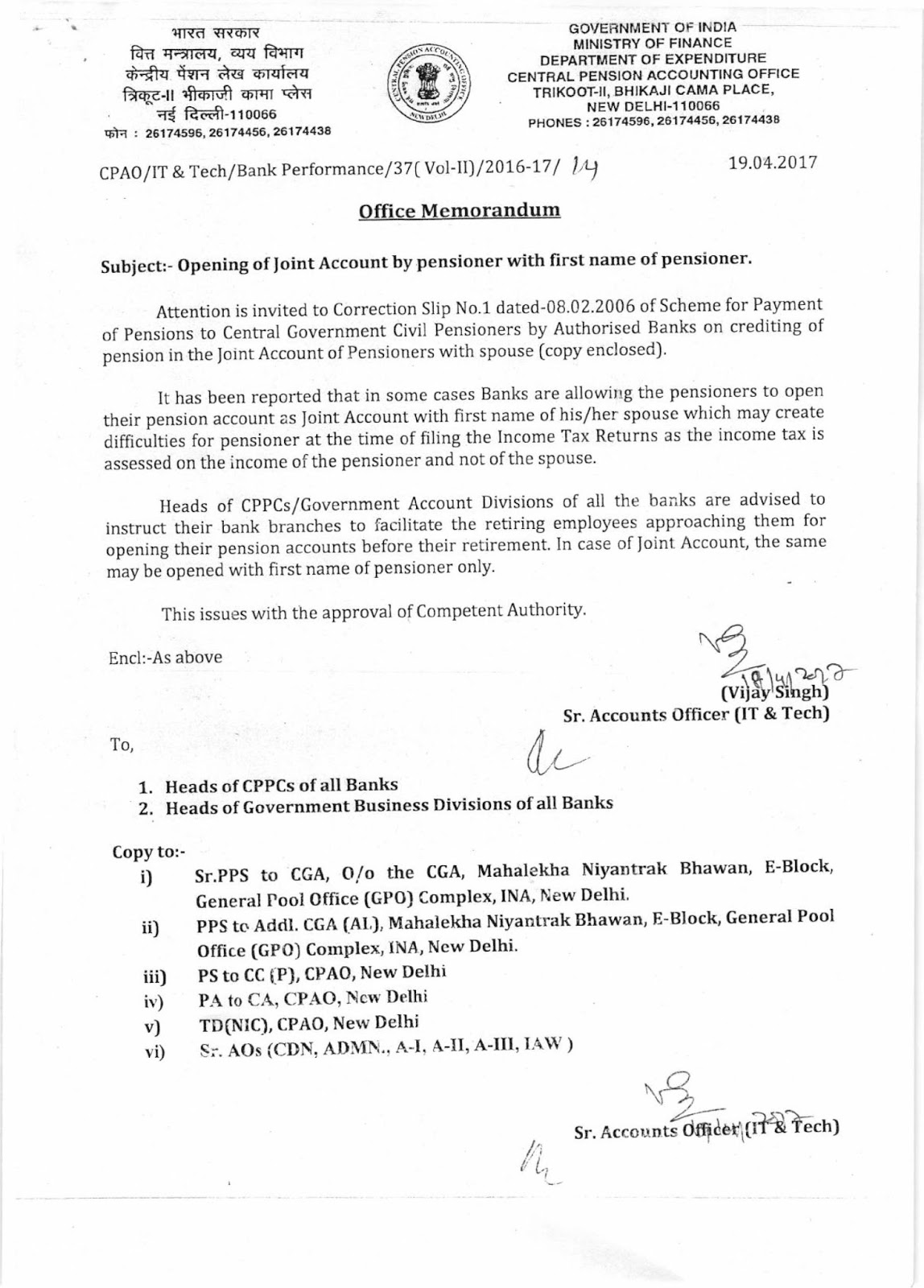 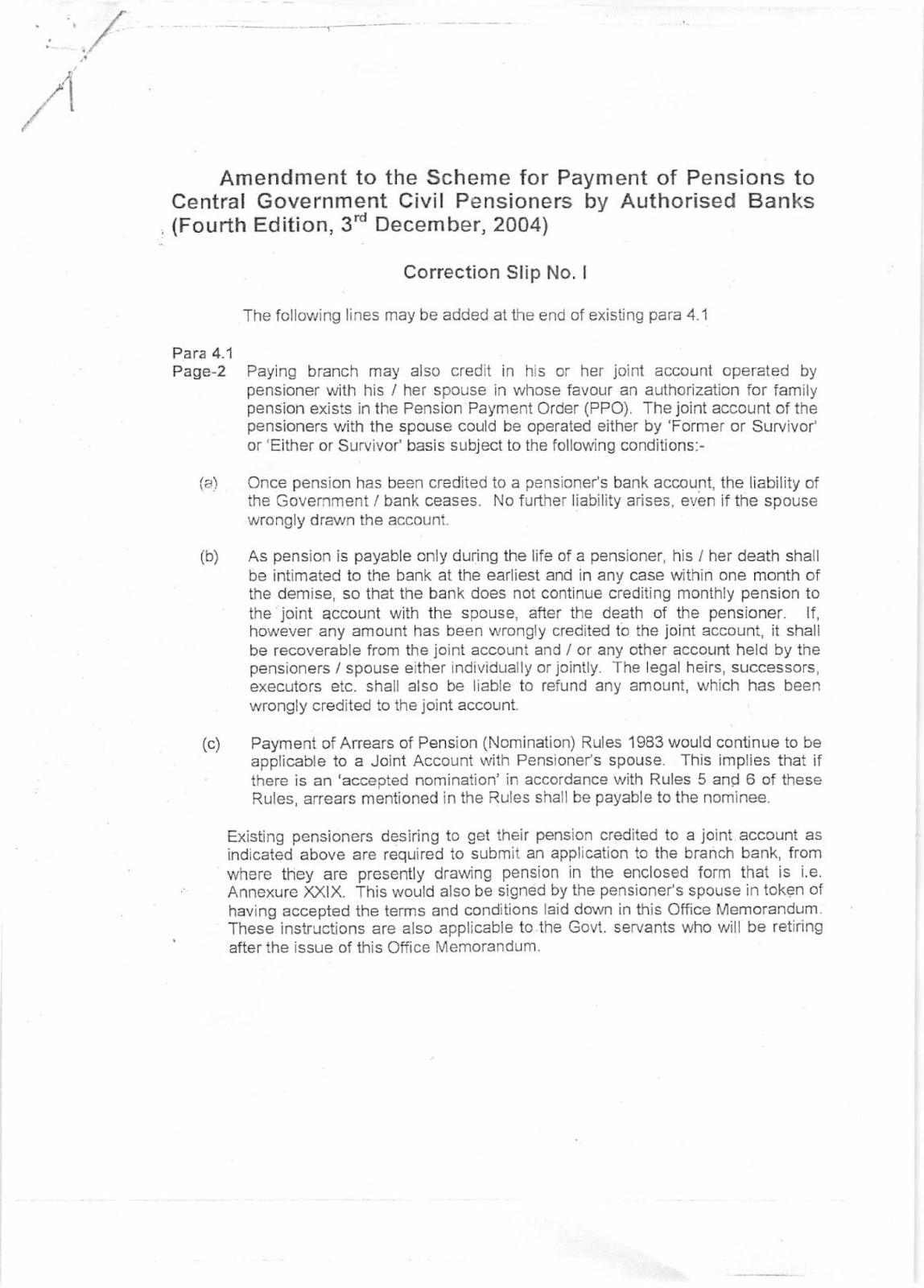 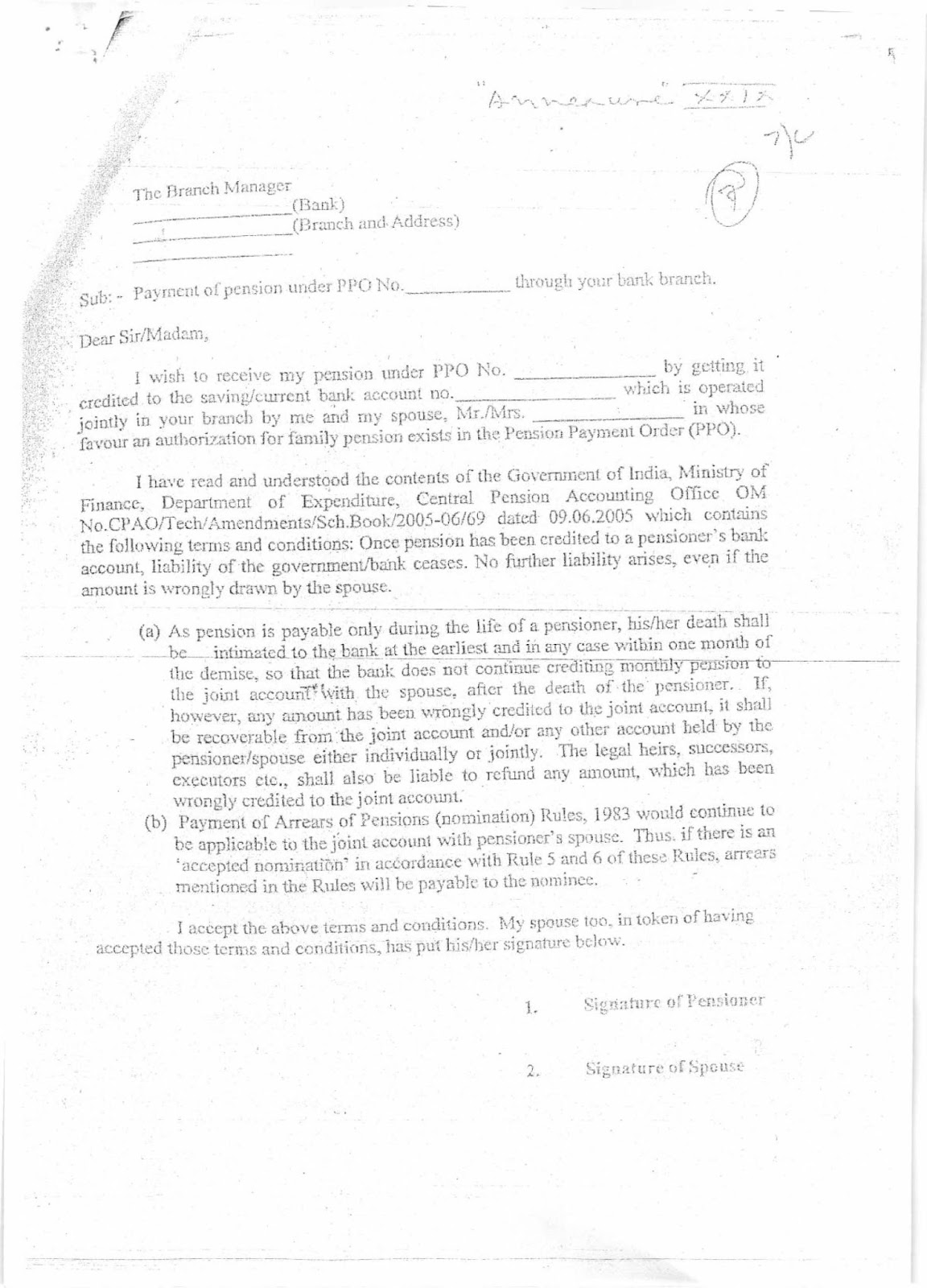