Clarification regarding date of effect of retirement in case of Voluntary Retirement: BSNL

Sub: Clarification regarding date of effect of retirement in case of Voluntary Retirement.

I am directed to forward herewith a copy of letter No. 40-27/2017-Pen(T) dated- 04/12/2017 received from Under Secretary, DoT alongwith a copy of notification dated 21/ 12/2012 issued by DOP&PW.
2. DoT in their above referred letter has clarified that Rule 5 (2) of CCS (Pension) Rules, 1972 previously included a proviso as per which the date of retirement in case of a Government Servant who is retired prematurely or who retires voluntarily, shall be treated as a non-working day has been amended by DoP&PW and omitted the proviso with effect from 01/01/1996 by a notification dated 21/ 12/2012 issued by DOP&PW. Consequently, for all cases of retirement, the last day shall be treated as a working day.
3. Accordingly, the modifications issued by DOP&PW notified on 21/ 12/2012 may be considered while issuing orders of voluntary retirements.
Encls: A.A. 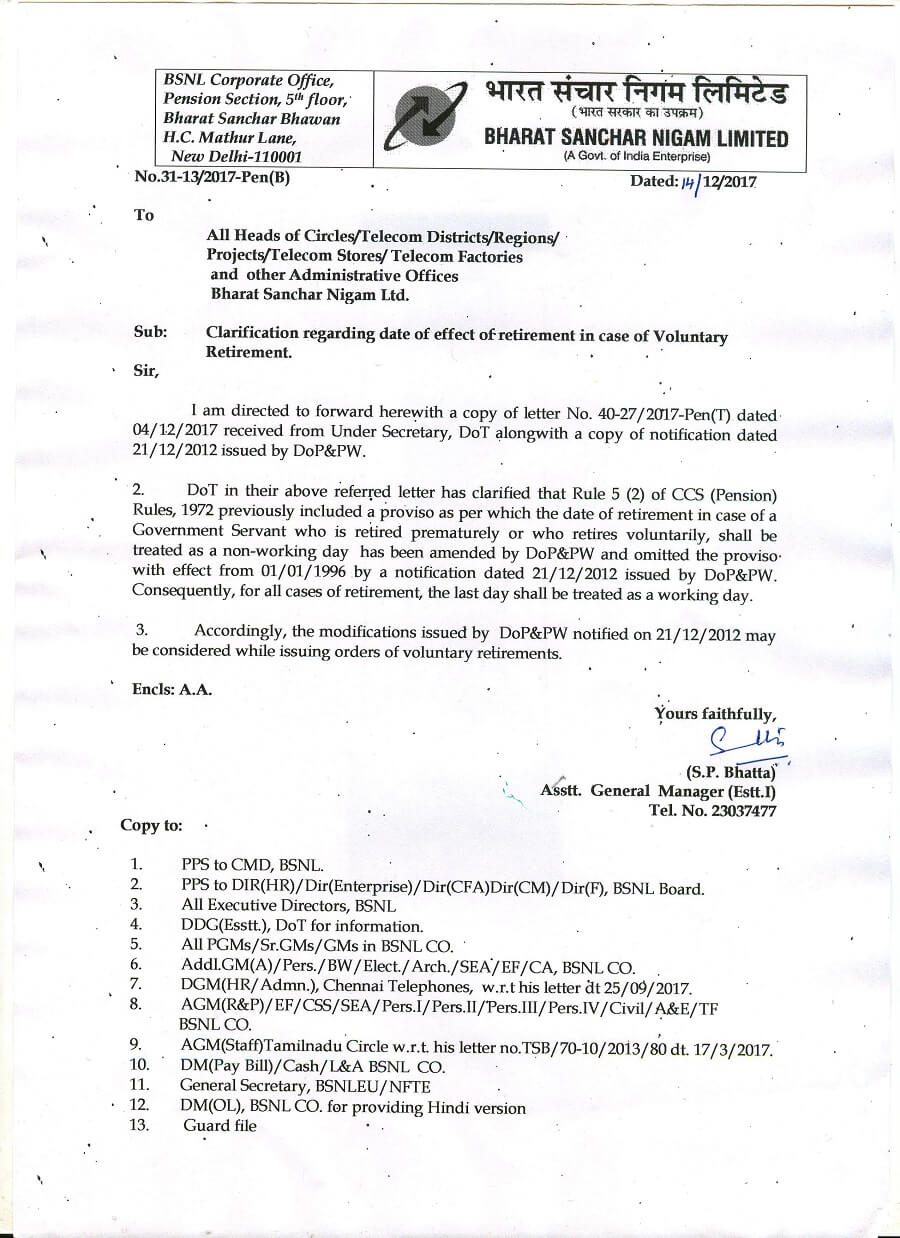