GOVERNMENT OF INDIA
MINISTRY OF FINANCE
LOK SABHA
UNSTARRED QUESTION NO: 2045
ANSWERED ON: 29.12.2017

SUKHBIR SINGH JAUNPURIA
Will the Minister of FINANCE be pleased to state:-
(a) the details of existing pension rates of Contributory Provident Fund (CPF) pensioners in the country;
(b) whether the Government proposes to increase the CPF rates;
(c) if so, the details thereof and if not, the reasons therefor; and
(d) whether the Government has any information regarding the number of CPF pensioners as on 31st March, 2016, and if so, the details thereof?
ANSWER
The Minister of State in the Ministry of Finance
(a) to (d) The Central Government employees who are covered by CPF Rules (India) 1962 and who retired on or after 01.01.1986 are not entitled to any monthly pension/ex-gratia amount. However, the Government employees under CPF who retired between 18.11.1960 and 31.12.1985 are entitled to monthly ex-gratia amount. Presently following ex-gratia payment is admissible to the CPF beneficiaries who had retired from service prior to 01.01.1986: 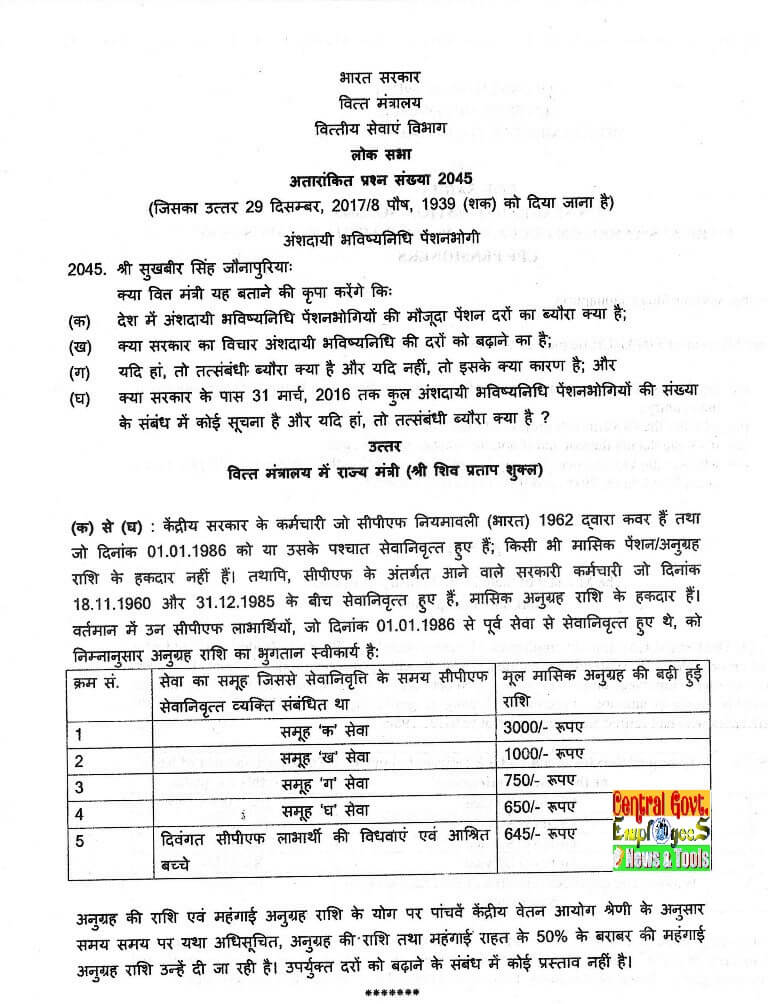