No stoppage of disbursement of Pension due to Non-linking of Aadhaar: Govt.

SADHU SINGH
Will the Minister of FINANCE be pleased to state:-
(a) whether the disbursement of Central Government Pension to many beneficiaries have been stopped due to non-linking of same with the Aadhaar number and if so, the details thereof, State/UT-wise including Punjab;
(b) whether the Government proposes to exempt beneficiary patients suffering from leprosy or any other grave disease and hence unable to provide their biometric details and if so, the details thereof and if not, the reasons therefor;
(c) the other steps taken by the Government to facilitate such beneficiaries patients; and
(d) whether the Government is considering some alternative option for such beneficiary patients and if so, the details thereof and the steps taken by the Government in this regard?
ANSWER
The Minister of State in the Ministry of Finance
(a) to (d): The Government has not issued any instructions for stopping disbursement of pension to Central Government pensioner due to non-linking of the pension account with the Aadhaar number.
Instructions have been issued by the Department of Pension and Pensioners’ Welfare (DoP&PW) from time to time that in view of the difficulty faced by old and infirm pensioners, banks should make concrete effort to provide the facility of obtaining life certificate from the premises/ residence of such pensioners. The instructions also provide that in case of sick and infirm pensioners, personal appearance may be exempted if a life certificate in the prescribed form signed by some specified authorities is produced on the behalf of Pensioners.
Further, all Pension Disbursing Banks have also been advised by DoP&PW that where the finger prints of a pensioner are not accepted by the system, the alternate mechanism of biometric, i.e. Iris scanning, may be used in such case. In case, however, it is not possible to have Digital Life Certificate either through finger prints or through Iris scanning, the physical life certificate submitted by the pensioner may be accepted to avoid any harassment to the pensioner. In no case a pensioner should be returned without accepting his life certificate on account of non-acceptance of his biometric by the system.
******** 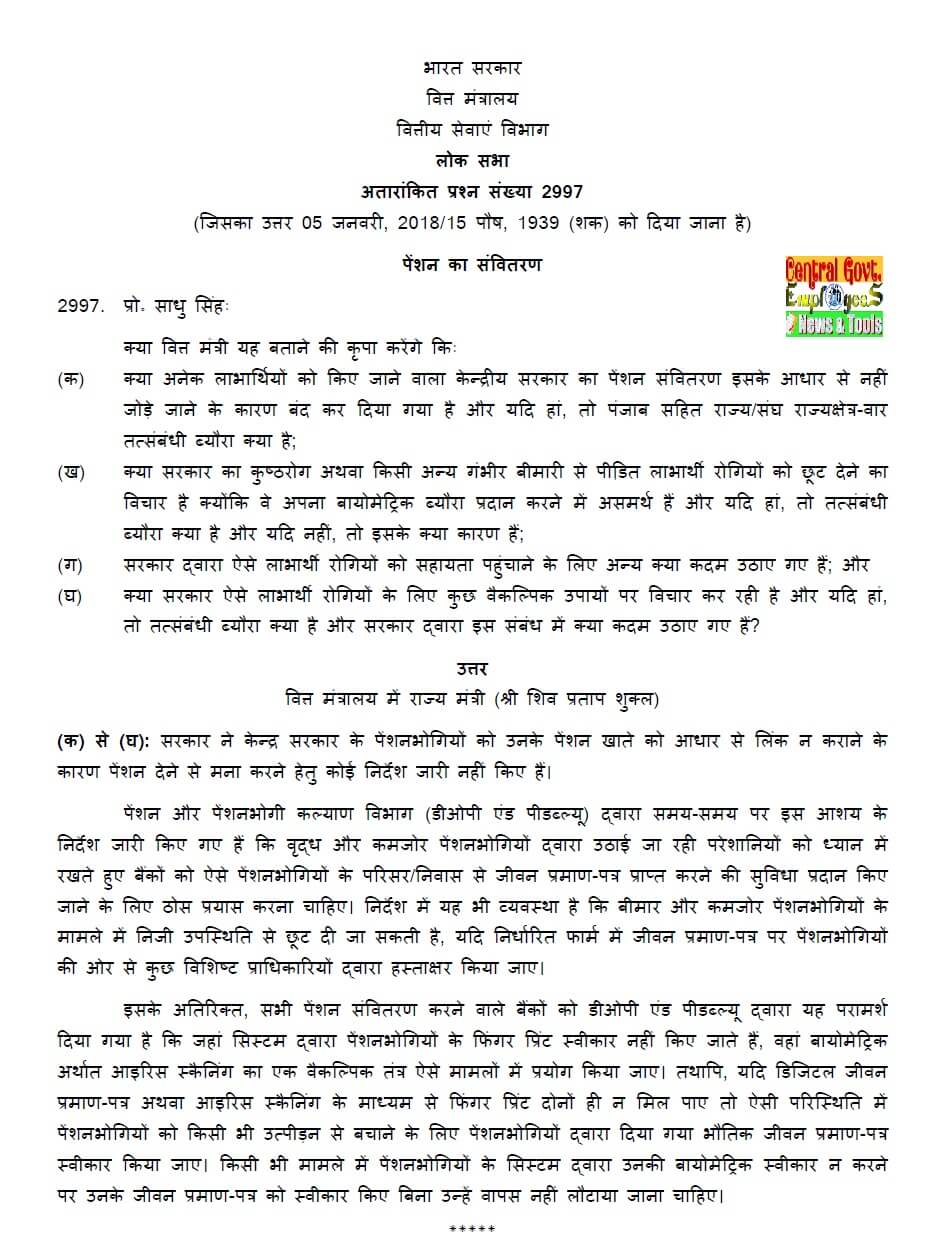