More Indians are paying tax now, but the salaried are still taking the biggest hit

Last year, the tax department scanned all property transactions of over Rs 1 crore and sent out an advisory to pay advance tax in March itself.

At the last count, there were around 8.6 lakh doctors in the country, of which less than half paid income tax. In the case of chartered accountants, who advise individuals and companies on tax matters, one in three paid income tax.

While there are nursing homes every few km, only 13,000 paid taxes. In fact, their number is less than the number of fashion designers (14,500) paying income tax. Data released by the I-T department on Monday showed a massive gap between the salaried, whose taxes are deducted, and the non-salaried.

In the last four years, efforts to widen the tax base resulted in an 80% jump in number of returns filed to 6.9 crore. The I-T department claimed a 68% rise in individual crorepatis, though the previous figure was not readily available. 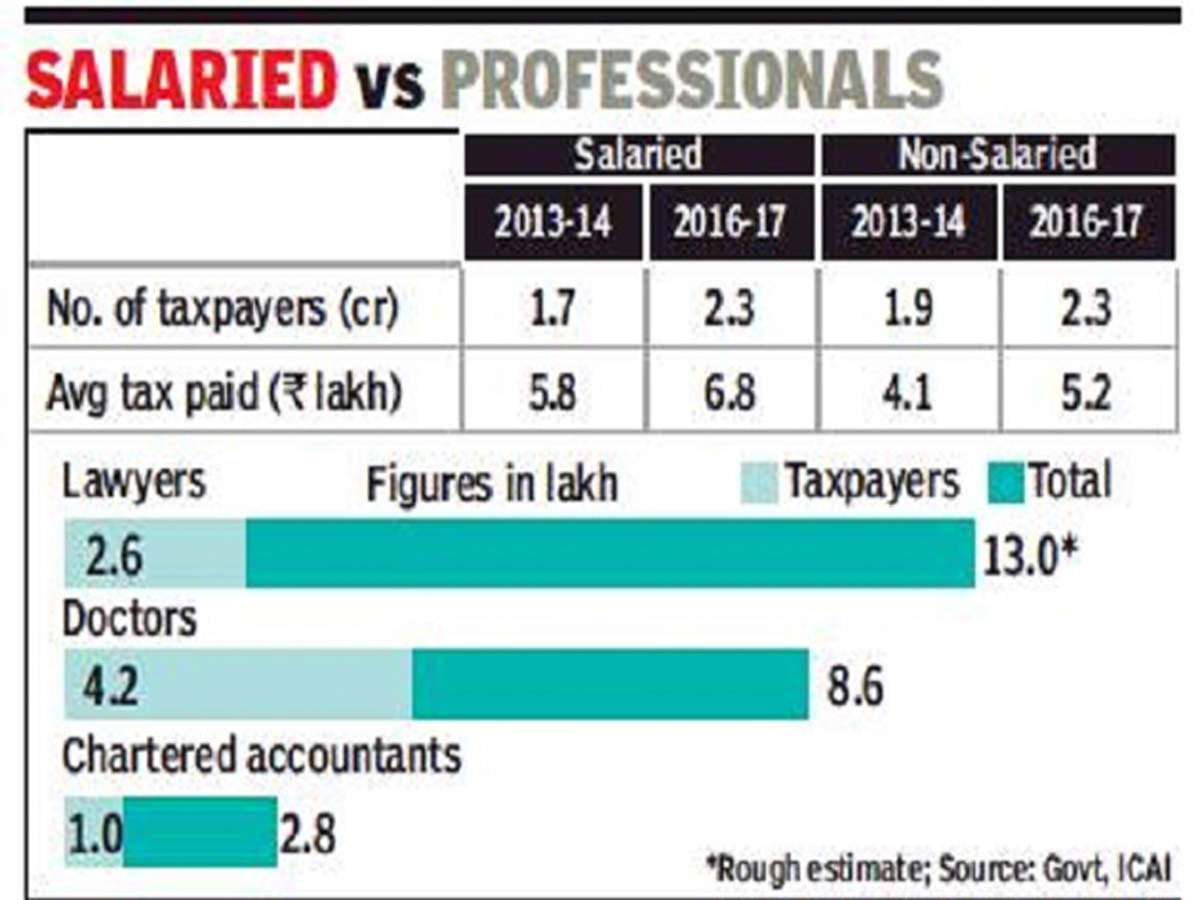 On the positive side, over the last four years, there has been an increase of 27% in the income declared by the non-salaried, against a 19% increase in case of salaried. On the flip side, compared to 2015-16, there was a marginal decrease in the number of fashion designers and nursing homes that filed returns in 2016-17.

While the tax department has been expressing concern over the low number of non-salaried taxpayers, as also the income disclosed, it has now taken up deepening the tax base as a key focus area. “We are looking at multiple sources of data. We are doing data analysis continuously,” Central Board of Direct Taxes (CBDT) chairman Sushil Chandra said.

Last year, the tax department scanned all property transactions of over Rs 1 crore and sent out an advisory to pay advance tax in March itself. Similarly, the department has been scanning data related to bank deposits, where 10% tax is deducted at source (TDS), and matching it with the returns, where disclosures related to interest income are often low or completely absent. 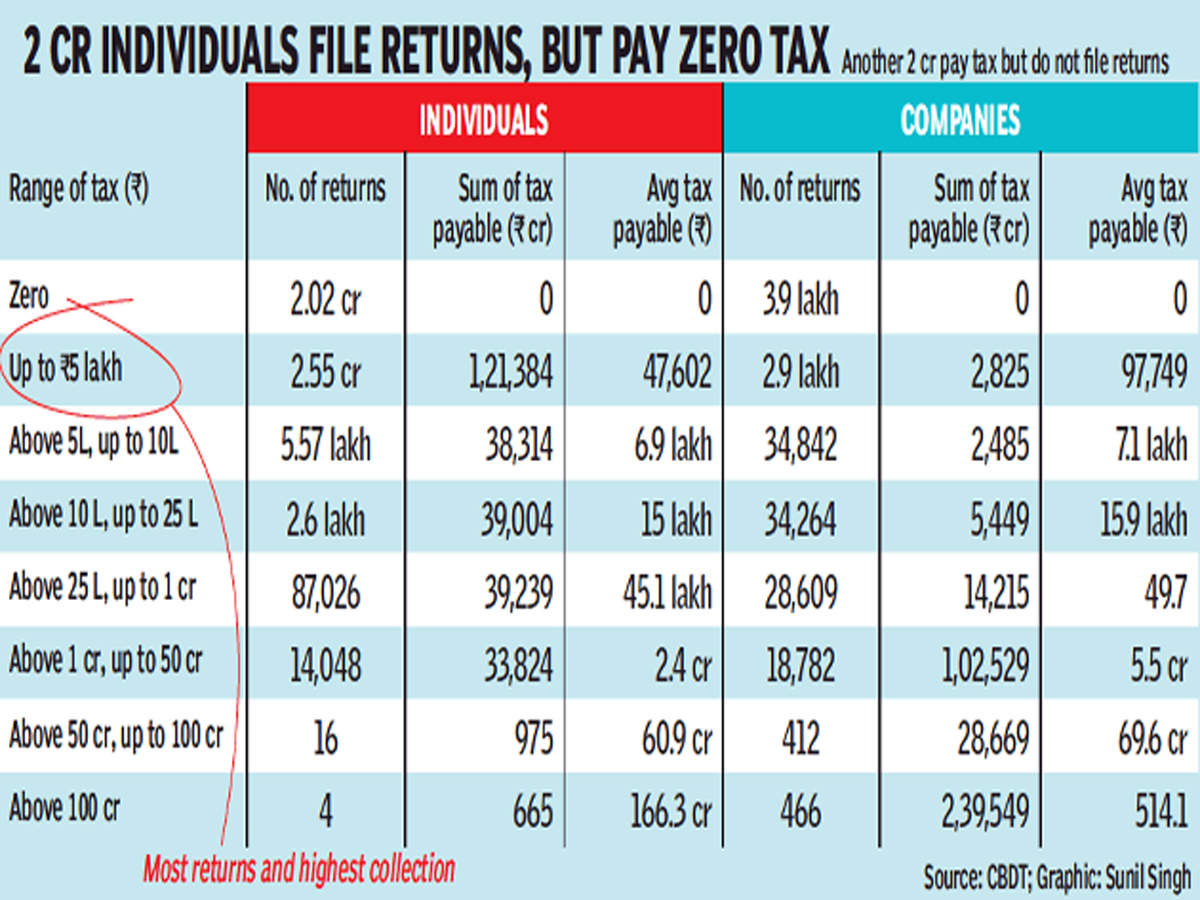 In all these cases, the government has been sending reminders and has managed to recover taxes, Chandra said. In fact, CBDT has asked its officers to look at data on overseas deposits, real estate and other assets that is now available through information flowing from other countries.

Besides, there has been targeted action against some segments, such as fashion designers, including some high profile ones, some of whom are being probed for under-reporting sales. But there are areas where the tax department can do little.

For instance, when it comes to high-end vehicles, the government conceded that a large number of them are owned by companies instead of individuals.