- November 20, 2018
OFFICE MEMORANDUM
Sub: Promotion of Government servants found fit by review DPC after retirement — procedure and guidelines to be followed
The undersigned is directed to invite reference to this Department's OM of even number dated 25.1.2016 which deals with the grant of notional promotion to a Government servant exonerated in a disciplinary proceedings after retirement. However, the cases of Government servants who are found fit by review DPC after their retirement on account of revision of seniority list of the feeder cadre, upgradation of below benchmark APARs etc. are not covered under the said OM. These cases have now been examined and it has been decided to lay down procedure as narrated in subsequent paragraphs for dealing with such cases. \
2. A Government servant who is not recommended in the panel by the original / supplementary DPC but later on is recommended in the panel by a review DPC but has since retired may be given the benefit of notional promotion w.e. f. the date of promotion of his immediate junior in the reviewed panel and fixation of notional pay subject to the fulfillment of the following conditions:
(i) That the officer who is immediate junior to the retired Government servant assumed charge of the higher post on or before the date of superannuation of the retired Government servant.
(ii) That the said retired Government servant was clear from vigilance angle on the date of promotion of his immediate junior.
(iii) A retired Government servant who is considered for notional promotion from the date of promotion of his immediate junior on the recommendation of a review DPC would also be entitled to fixation of pension on the basis of such notional pay.
(iv) The notional promotion, notional pay fixation and revision of pension shall be further subject to extant rules on promotion, pay fixation and CCS (Pension) Rules, 1972, Actual increase in pension shall be given only from the date of approval of reviewed panel by the competent authority. No arrears shall be paid.
3. The provisions contained in this Office Memorandum shall become operational from the date of issue of this Office Memorandum. Past cases settled in accordance with the earlier provision shall not be reopened.
4. In so far as persons serving in the Indian Audit & Accounts Department are concerned, these orders issue after consultation with the Comptroller & Auditor General of India. 5. Hindi version will follow. To All Ministries and Departments of Government of India.
Sd/-
(G. Jayanthi )
Joint Secretary (E.I) 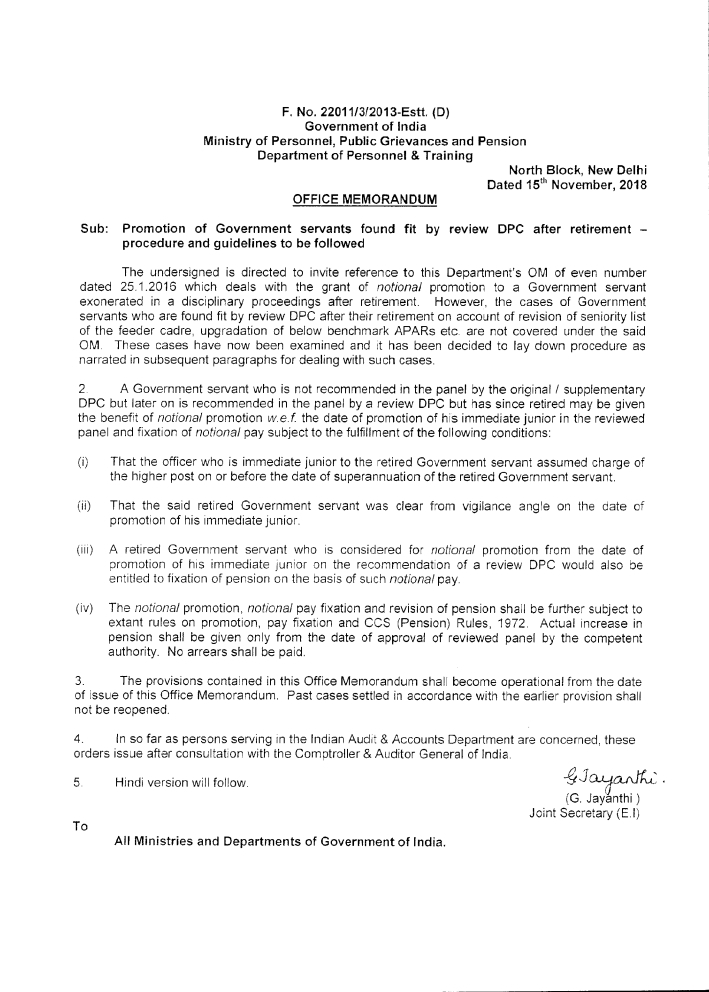 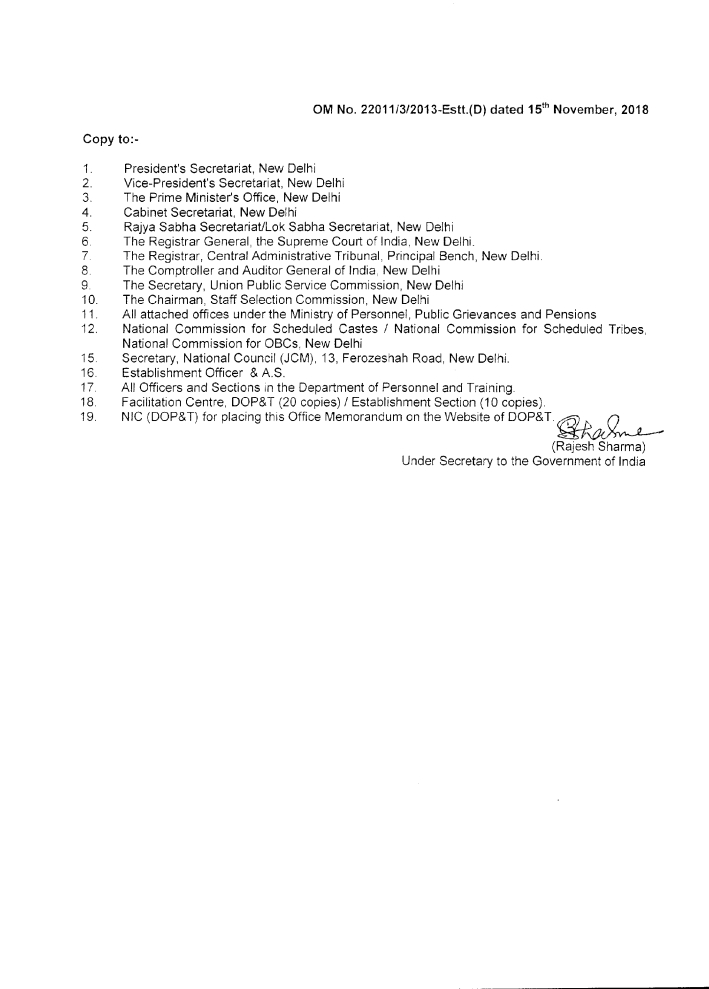