Supreme court clears the path for EPS95 pension to rise

The HC had asked EPFO to give pension to retiring employees based on their full salary, rather than capping the figure on which contribution is calculated at a maximum of Rs 15k per month

NEW DELHI: The Supreme Court on Monday paved the way for higher pension to all private sector employeesby dismissing a special leave petition filed by Employees Provident Fund Organisation (EPFO) against a Kerala high court judgment.
The HC had asked EPFO to give pension to all retiring employees on the basis of their full salary, rather than capping the figure on which contribution is calculated at a maximum of Rs 15,000 per month. "We find no merit in the special leave petition. The same is, accordingly, dismissed,'' the SC ruled. 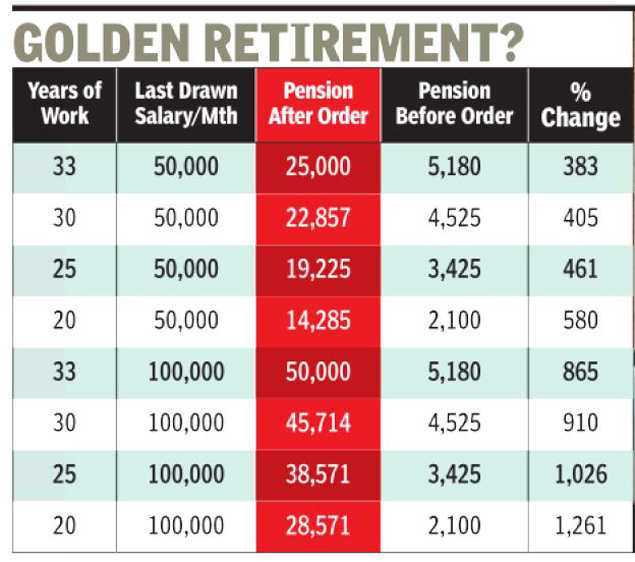 The only catch is that while pension will increase, the provident fund corpus will be reduced as the extra contribution will now go to EPS rather than PF. However, the amount reduced is unlikely to be significant as the commutation of the part of increased pension will be sufficient to fill the gap.
The Centre had introduced the Employees Pension Scheme (EPS) in 1995, under which an employer was supposed to contribute 8.33% of the employee's salary in a pension scheme. However, the contribution was capped at 8.33% of Rs 6,500 (or Rs 541 per month). In March 1996, the government amended the act and allowed the contribution to be a percentage of the actual salary, provided the employee and employer had no objection. 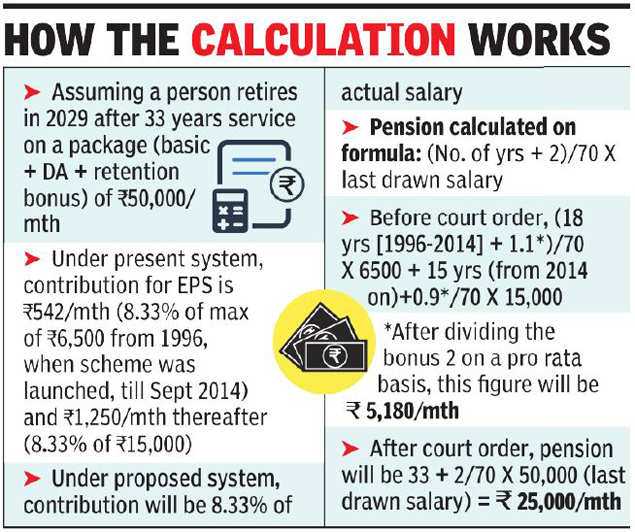 On September 1, 2014, the EPFO amended the act to increase the contribution to 8.33% of a maximum of Rs 15,000 (or Rs 1,250). The amendment also stipulated that in case of those who availed the benefit of pension on full salary, their pensionable salary would be calculated as the average of the last five years' monthly salary, and not of the last one year of average salary, as per earlier norms. This reduced the pension of many employees. Subsequently, the Kerala high court set aside the September 1, 2014 amendment and also reinstated the old system of calculating the pensionable salary as the average of the last one year's monthly salary. In October 2016, the Supreme Court directed the EPFO to accept the requests of employees to contribute to the pension scheme on the basis of full salary, with back date, and give pension on full salary. A number of retired employees benefitted from the scheme, including Parveen Kohli, a private sector employee who got his pension revised from Rs 2,372 per month to Rs 30,592 per month. Kohli now works to get pension enhanced for other retired employees. However, even after the SC judgment, EPFO refused to accept contributions of employees of exempt companies, whose EPFs are managed by trusts, even when they were ready to contribute the due amount. Provident funds of most of the large PSUs like navratnas including ONGC, Indian Oil and others and large private sector companies are managed by trusts as per norms suggested by EPFO.
A number of high courts like Kerala, Rajasthan, Andhra Pradesh and Madras, among others, ruled in favour of employees and asked EPFO to allow them to contribute. Monday's decision of Supreme Court is expected to settle the issue once and for all. Employees who have begun working after September 1, 2014, will also be able to avail the benefit of pension on full salary. 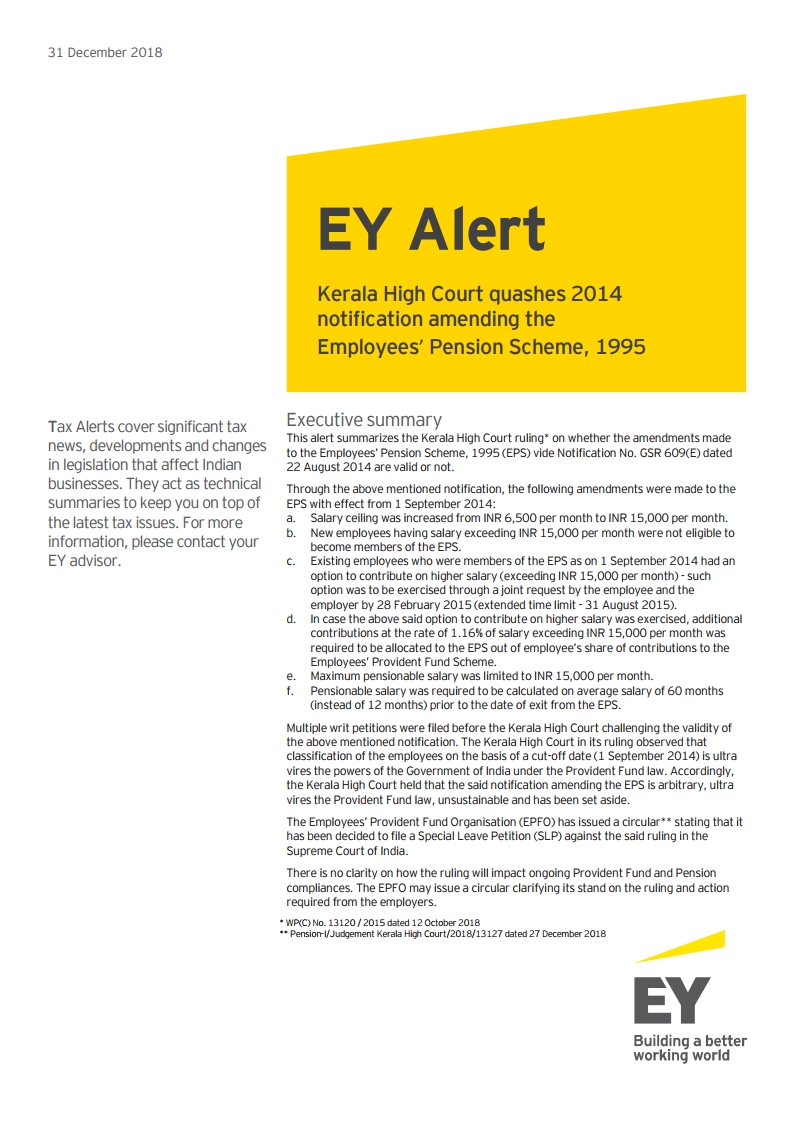 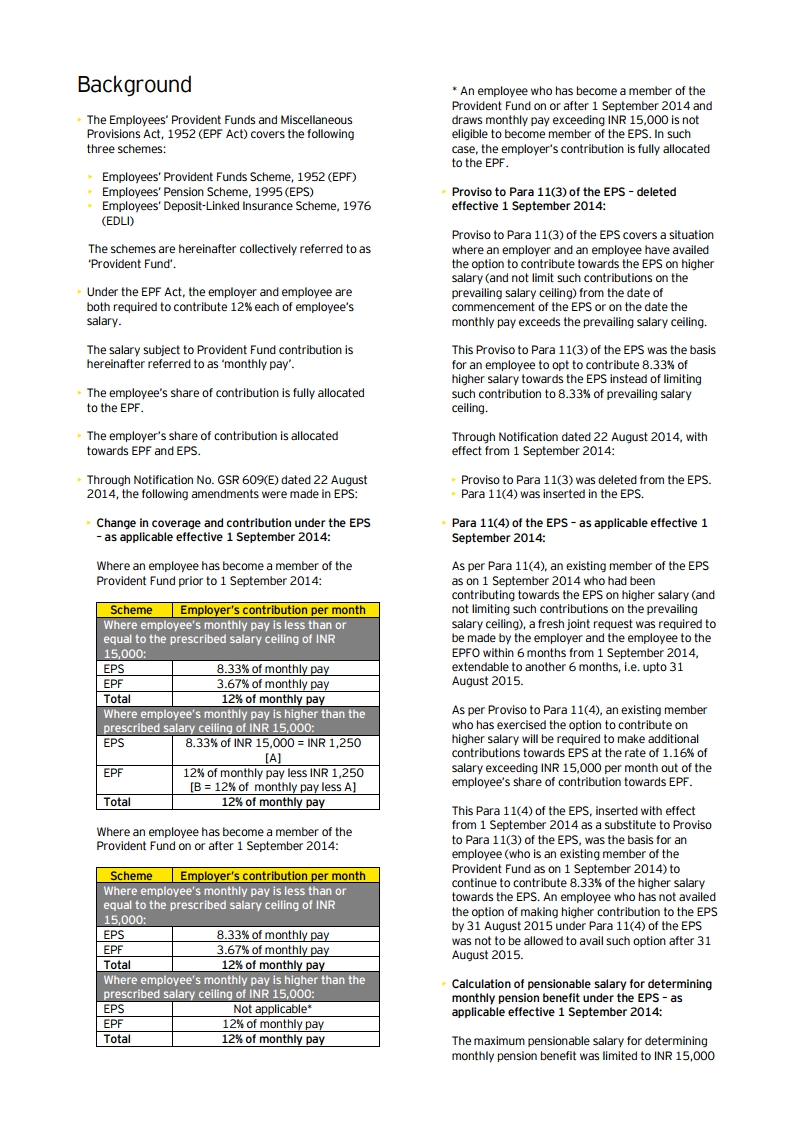 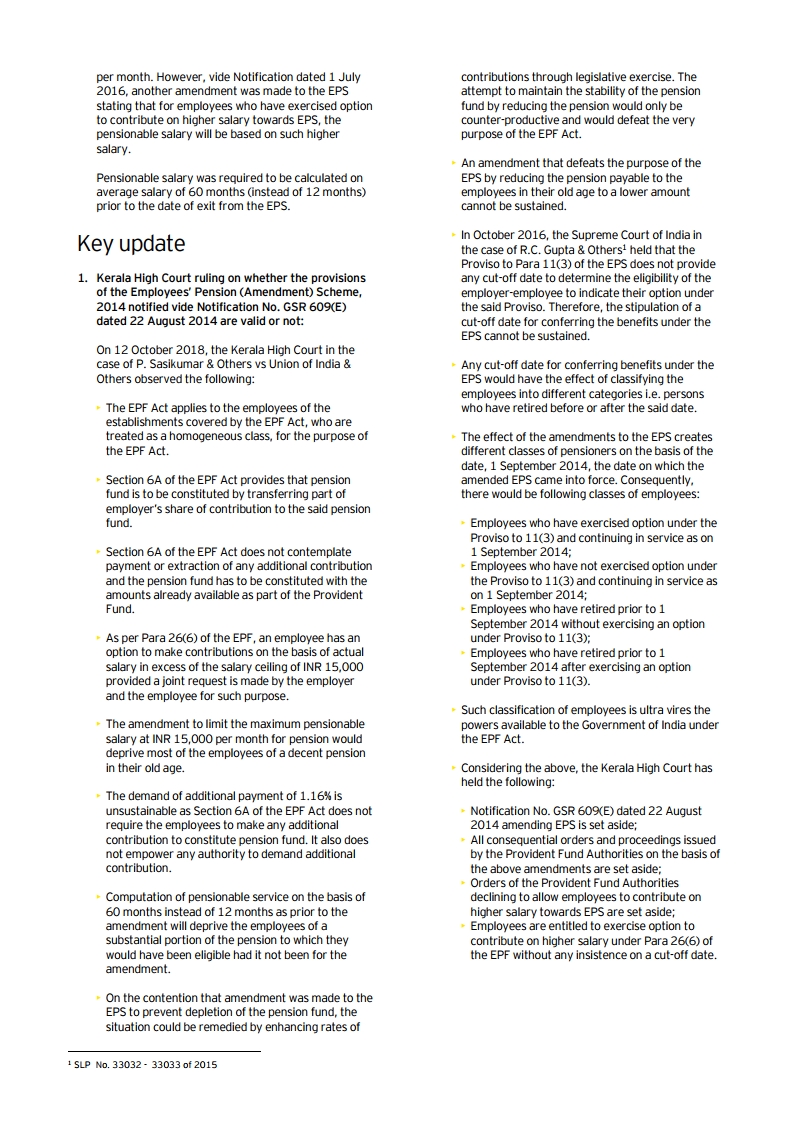